Life is infinitely complex, but the human mind likes things simple.  We like to know who is right and who is wrong, who is good and who is b 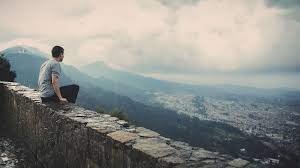 ad.  Of course, life is full of shades of gray, but we rarely see all those shades.  This tendency towards “black or white” thinking was useful way back in our evolutionary past.  Nowadays, it can lead to needless suffering.   A simple antidote for this tendency is the question, “What else could this mean?”

When stressful situations arise, we tend to get locked into a single (often disempowering) view.  By repeatedly asking yourself (or your partner), “What else could this mean?” you start to see other possibilities.  The bigger your view, the smaller your suffering.

I once heard a friend convey a story that illustrates the power of the question, “What else could this mean?”  While in India, my friend witnessed an arrogant man who cynically walked up to a famous guru and said, “If you’re so wise, why don’t you teach me about the nature of heaven and hell.”  The guru looked up at this arrogant man and said, “Teach youabout heaven and hell?  I couldn’t teach you anything.  You’re a cocky, narcissistic jerk. You’re a complete moron; you’re even repulsive to look at.  You don’t have a caring bone in your entire body.  Stop wasting my time and just get out of my sight.”  Well, upon hearing these words, this egotistical man got all red in the face.  He shook with rage, and in a moment of pure hatred, he got ready to punch the guru in the face.  An instant before the man threw his punch, the guru looked him straight in the eye and said, “That’s hell.” The man suddenly realized the guru risked being beaten up just to teach him this lesson about hell.  He unclenched his fist, he took a deep breath, and in profound gratitude bowed to the guru.  And the guru said, “That’s heaven.”

What I like about this story is it so clearly describes how we create our own heaven and our own hell by how we see and interpret the events in our life.   The arrogant man in the story first created a moment of pure hell for himself by how he initially interpreted the guru’s comments.  Had he asked himself, “What else could this mean?” he may have realized the guru was teaching him a valuable lesson (which indeed he was).  Or maybe he would have concluded this guru is really just a mean person.  Whatever his new interpretation, it probably would have been more empowering than his thought, “I’m being abused for no good reason.” Indeed, when he finally didreinterpret the guru’s words, it led to a deep feeling of gratitude.

So how can you use this wisdom to improve your life and your relationship?  I thought you’d never ask.  To begin with, you can ask yourself, “What else could this mean?” whenever you’re upset with something in life or something your partner says or does.  Frequently, we interpret what happens in our lives in the worst possible way. This often leads to us getting more upset than is called for. By asking the question, “What else could this mean?” we can be led to look for other—more positive—interpretat

ions of the events in our lives.

Another use of the, “What else could this mean?” question is to ask it of your partner when they’re getting upset at you.  If your partner gets upset at you for misinterpreting something you said, you can always simply tell them that they’re wrong.  Yet, that will rarely soothe their soul.  However, by asking them the question, “What else could this mean?” it challenges them to see things in a different way.  If you and your partner agree to come up with at least two answers to that question whenever it is asked, it can save you a lot of trouble. 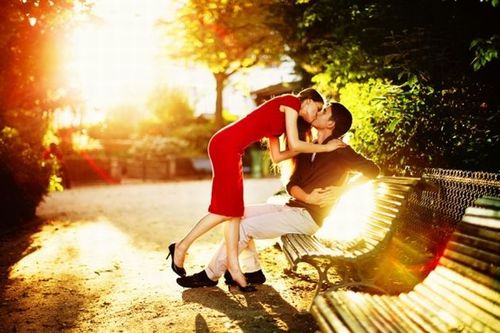 A client of mine, Don, relayed a story about how he used this technique to head off a disaster on his honeymoon.  While he was out picking up some food, his wife, Kara, discovered his smartphone had a text message on it. She read the message which read, “How you doing lover boy?  Love and kisses, Chris”  and got livid.  Kara thought to herself, “He’s cheating on me on our honeymoon?!  That bastard!”  By the time Don got back to the hotel, he found his wife packing to leave.  He asked, “What’s going on?” and of course he got lambasted for being a lying, cheating, blank blank blank. Once Don saw the message on his phone, he asked Kara, “What else could this mean?”

At first, Kara wouldn’t answer the question, but they had an iron clad agreement that they’d always come up with at least two answers if asked.  Finally she said, “It could mean someone sent a text to the wrong phone number.”  Just this thought calmed her down quite a bit.  Don then asked again, “And what else could it mean?”  His wife answered, “It could mean you have a relative named Chris who is asking how you are doing.”  After that answer, Kara calmed down even more.  By now, Don could explain that Chris was a male friend at work with an irreverent sense of humor.  In fact, Kara had met Chris at their wedding, but hadn’t put it together.  Had it not been for Kara’s agreement to answer, “What else could this mean?,” she probably would have walked out on her own honeymoon.

When we’re very upset, it’s usually because we’ve come up with a number of negative interpretations for what’s happening. The question, “What else could this mean?”  will allow you a little space for new truths to be revealed. When you commit to using this question on yourself, you’re laying the foundation for a quick way to overcome em 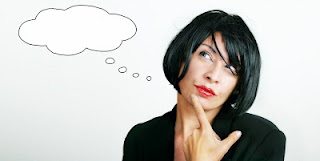 otional upheaval.  When you commit to using it with a friend or partner, you are forging an agreement to help each other overcome difficulties much more quickly than in the past.  This question helps lay the foundation for a Happy New You.

Are you Aligned with Your Values?

How to Overcome the Blame and Shame Game A Failure to Communicate

Jonathan Robinson is a psychotherapist, a bestselling author of "More Love Less Conflict," and 11 other books, and has been a frequent guest on Oprah and CNN. He can be reached at: iamjonr@aol.com or his website: FindingHappiness.com

View all posts by Jonathan Robinson →

"More Love, Less Conflict is brimming with wonderful ideas and methods that can help any couple experience a deeper, more profound connection."

"Jonathan has created a wonderful resource to help us all improve our communication and understand each other better. If we all applied these ideas in our relationships, the world would be a far more peaceful place!"

"More Love, Less Conflict is the book that provides all the real and effective shortcuts to live a life of deep connection with your mate, your family, and even your friends. If you want to get more of what you want in life - more love, more intimacy, and less difficulty - this book can help you get there."

"Engaging, illuminating, and accessible. More Love, Less Conflict is full of practical ideas and powerful exercises for any couple seeking to strengthen their communication an deepen their connection."